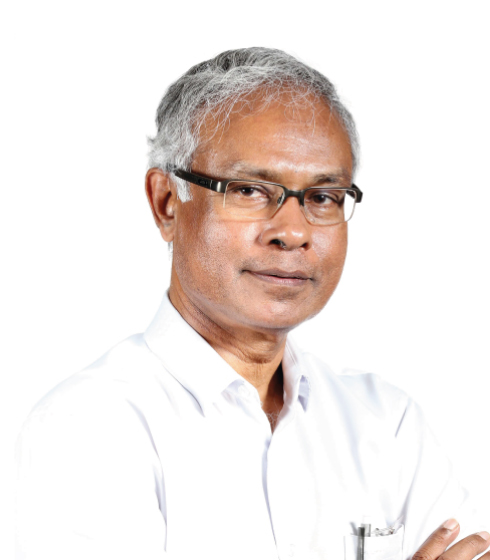 Commonly referred by all as Dr. Kumar, he is also known as the Giant killer; Red Doctor and was known as the sole Socialist MP in Parliament.  Dr.Kumar was the MP for Sungai Siput for 2 terms from 2008 till 2018, the first Socialist member of parliament (since 2008 -2018) after more than 40 years. He was selected amongst the top three Parliament members by the Speaker of the Dewan for prioritizing a healthy discussion and focus on the priorities/interests of society. Currently, he is the chairperson of PSM. He has received a doctoral degree from University Malaya in 1981. He is also the founder of Kalvikkuzhu group, which provided free education to all poor pupils in Ipoh in 1986; one of the founders of the “Alaigal” group which championed workers’ issues in Sungai Siput; One of the founders of Parti Sosialis Malaysia (PSM) in 1998; Member of the PSM Central Committee since 1998. He has received awards for his work as a caring doctor by MMA (Malaysian Medical Association). He also has written seven books that provide a social analysis, such as Ezhutci (revival), Malaysia at the Crossroads, Alternative Vision for Malaysia, many other books. etc. Dr Kumar is the key mover in the Coalition against Healthcare Privatization. In 2007, he accepted the Human Rights Award by SUARAM on behalf of “The Coalition against Healthcare Privatization”. He rejected a promotion by the Sultan in 1998.