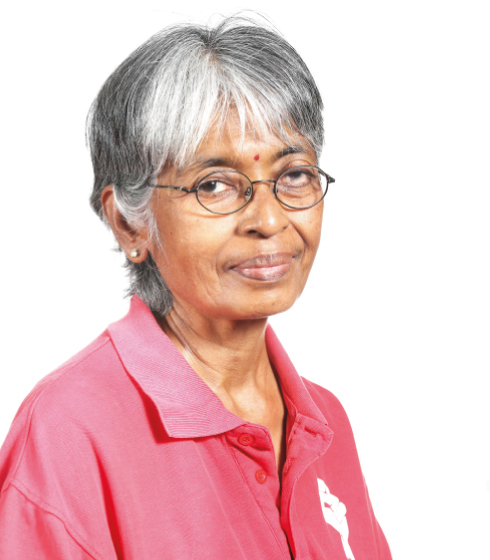 Known amongst comrades as just Rani, she has been an activist since her University days with Dr Jeyakumar, when they got involved in estates in Sungai Siput as University Malaya students in the late 1970’s. Rani has been a key organizer in many struggles of urban poor, namely Kampung Chekkadi, Kg DBI, Kg Chepor, and many other plantation workers. She has written books analyzing the exploitative wages received by plantation workers. She was also the key coordinator of the Alaigal movement and Jaringan Rakyat Tertindas, JERIT. Currently she is an active member of the coalition, Right to Redress campaigning for rights of migrant workers in Malaysia. She has also taken to task the government on cases involving lorry drivers questioning their rights to EPF, and school security and cleaners exploited through the subcontracting system. Rani has successfully established an association of lorry drivers to safeguard their interest from unscrupulous transport companies.