20th July, 2021 – 10 years ago today  – Remembering the turbulent political times, here we share writings from various from activist, academics, supporters and many others that demanded the release of the PSM EO6. 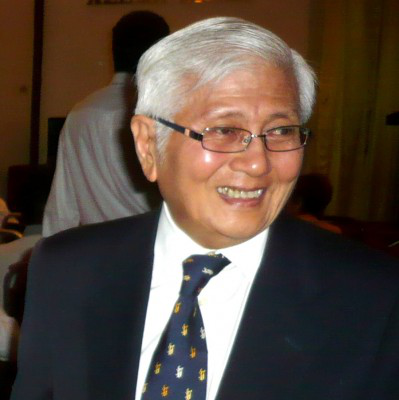 NH Chan, a much respected former Court of Appeal Judge expresses in the blog as follows ;

“ The regime and its underlings the police behaved as expected of tyrants – typical of all bullies they were afraid of their own shadow – they saw the ghosts of the insurgency of Chin Peng and the CPM (Communist Party of Malaya) being revived…..Returning to the hullabaloo of the police on the involvement of national security and public order, don’t they know, as all of us already know, that communism as an ideology had collapsed with the fall of the Berlin wall and the disintegration of the Soviet Union? There is no more threat from any idea of communist expansionism from Chinese communists as China has turn to capitalism and has prospered as the world’s second largest economy next to America..” 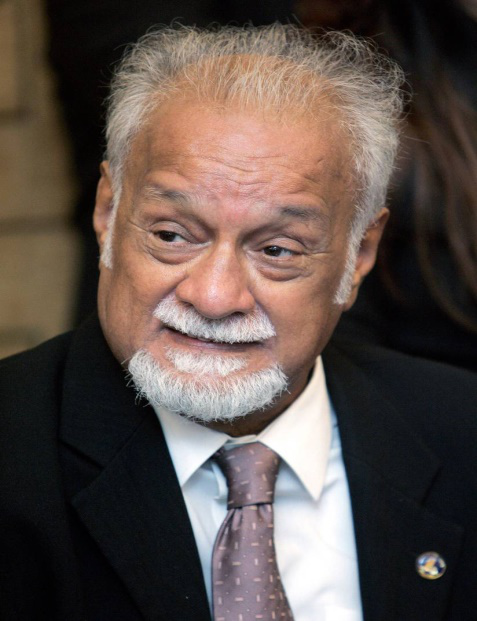 The then DAP chairperson Karpal Singh also lambasted Minister in the Prime Minister’s Department Nazri Abdul Aziz for getting his facts wrong in seeking to defend the detention of six PSM activists under the Emergency Ordinance. “ As the de facto minister of law, much more is expected of him than “irresponsible and inaccurate” statements over the law as well as his defence of its application against the ‘PSM Six’ as the activists have been dubbed” , Karpal added that out that the Emergency (Public Order and Prevention of Crime) Ordinance No 5 of 1969 came about following the May 13 riots, not for the purpose of combatting communism.

As the de facto minister of law, much more is expected of him than “irresponsible and inaccurate” statements over the law as well as his defence of its application against the ‘PSM Six’ as the activists have been dubbed

“This ordinance (EO) has all along been used to quell gangland activities. It has never been used to combat communism,” said Karpal in a statement today.

The use of the EO amounts to “unadulterated abuse of it” and the six persons detained should be released immediately, he said.

International support demanding the release of the PSM EO6 comrades continue to pour in. MP in Australia from The Greens David Shoebridge. Member of the New South Wales Legislative Council writes as follows to the Prime Minister of Malaysia Najib Razak. 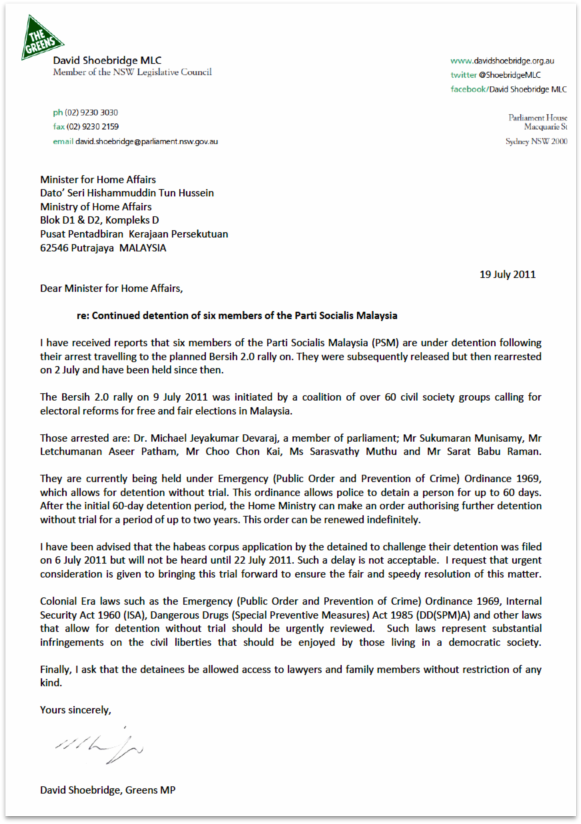 Besides the pressure from local and international leaders, our lawyers kept the pressure by exposing all police conducts against the PSM EO6. In a press conference, the lawyers further exposed the government’s tactics in trying to justify the arrest of the EO 6. Lawyer Arumugam whom met Letchumanan to get his signature of the affidavit informed that Letchumanan was subjected to polygraph test by the police. This action by the police is definitely a form of mental torture and an attempt to break the mental strength of the detainee. Whether it is also used on other detainees he was unable to confirm at that time.

Regional left parties also issued solidarity statements demanding that the PSM EO6 be released as soon as possible . The statement is reproduced here as follows;

Regional left statement in solidarity with PSM: Free all political prisoners! Democracy for the Malaysian people!

July 8, 2011 — On June 19, 2011, a campaign called Bersih 2.0 was called by the Malaysian people for a free and fair elections in the country with the 13th General Election around the corner. Bersih 2.0 also called a gathering for July 9, 2011. On June 24, the Parti Sosialis Malaysia (PSM, Socialist Party of Malaysia) launched a Udahlah BN, Bersaralah (Enough BN, retire now) campaign. The PSM campaign aimed to expose the corruption of the Barisan Nasional (BN) government and also to drum up support for the Bersih 2.0 rally.

Since June 22, more than 100 individuals have been arrested because they have expressed their support for a mass rally on July 9, called for by the Coalition for Free and Fair Elections (Bersih). As of now, 81 people have been arbitrarily arrested and detained by the police at various locations in the country before the Bersih 2.0 rally. A further 15 people have been called or summoned by the police for their statements to be recorded in relation to the Bersih 2.0 rally. The police harassment and intimidation included arresting people for wearing Bersih 2.0 T-shirts, distributing Bersih 2.0 leaflets, holding and carrying Bersih 2.0 T-shirts, taking 112 statements for more than one time, denying access to lawyers and medication during the detention period and the sexual harassment of women activists.

On July 3, six PSM members, including Dr Jeyakumar Devaraj (a member of parliament), have been rearrested under the Emergency Ordinance (EO), which allows for 60-day detention without trial, renewable for up to two years at the discretion of the home minister. The six were part of a group of 30 PSM activists who were remanded on June 25 for allegedly “waging war against the king”.

We view these acts of the Malaysian government as the suppression of the democratic rights of the Malaysian people. This is part of an attempt to protect the elite power that has been in power for years in Malaysia through the United Malays National Organisation-Barisan Nasional (UMNO-BN) regime.

We also declare our fullest support for the ongoing campaign and the struggle of the Malaysian people for democracy.

For the latest updates, subscribe to the Socialist Party of Malaysia’s Telegram channel at t.me/partisosialis