The only positive outcome for the rakyat whom have been mere spectators to the unfolding political drama these couple of weeks are the hard lessons we can learn from it.

We are in this mess because of two reasons; one because we trusted lock stock and barrel our politicians ; two the bourgeoisie democratic system is flawed and need to be fixed.

Let’s not forget, Pakatan whom we trusted to save Malaysia from the kleptocrats fell from a coup within and not from any attacks of its political enemies from the outside. So what happened? Why did we have turn-coat politicians amongst Pakatan’s fold? Was Anwar fooled or did he know of the fox amongst the sheep?

For the ¬rakyat we are not privy of these political games played by politicians, because we were so overwhelmed by the wave to topple BN in 2018.

But recently we were also taken aback, when some Pakatan leaders recently ‘welcomed back’ the same defectors whom they were condemning as pengkhianat for the past year. In a rush to meet enough numbers for Anwar. These turn coats suddenly became our savior. Similar maneuvers were also made by Mahiaddins camp to consolidate support from the kleptocrats.

The rakyat has gotten sick of these never ending games by the political elite. This has led to the recent narrative amongst many that politicians cannot be trusted. Either we choose to shun politicians or not, but no solution will come if we isolate ourselves from politics. If we are disappointed with the elite politics then we should aggressively build alternate solutions in preparation for GE15, so that we don’t make the same mistakes again.

Firstly while the parliamentary democracy system that we have today has many deficiencies but, at the moment, it’s the only way into legislature so that real changes can be made. But in order to get the right people in to make those changes we need to make informed choices by really asking key questions like;

These are not difficult questions, but they are questions that will define the candidate when as an MP or ADUN, how they will solve your everyday problems.
It all boils down to the political ideology and agenda that the aspiring politician and his party have to offer.

The presence of these progressives might not be enough to form the government, but at least they could be an independent block offering fresh perspective in Parliament. We need a form a progressive 3rd block in Parliament that can echo a clear voice against neoliberalism, racism and the power of capital.

The 2nd lesson that we have learnt is that the system shapes politicians into corrupt and self-serving individuals. How is this so? Firstly, the remunerations and perks of an MP, immediately rockets you into an “orang kayangan”. A goodhearted MP without sound ideological grounding on the issues mentioned above will soon find a place in the corrupt system.

Furthermore the system has in place a very strong structure that serves political patronage. BN, PN and PH have used it for their own political leverage. Maybe PH didn’t explore it as sophisticated as BN did during its 60 year plus tenure.

While concerned citizens and civil society organizations are enthusiastically making a wish list on how this ‘new’ pandemic cabinet should be, but the political elites are making a list of their own. Unfortunately it’s not the same list.

For Ismail Sabri the 9th Prime Minister that will take oath and come to power soon, he is already charting a path for his continued stay in power. This means consolidating political power by any means necessary. And we have a polished system in place that enables this. The various government agencies, GLC’s, departments etc. all wait for political appointees to head them. On top of that you can always create a new position when all the chairs get filled up.

Until when we break this cancerous system, the corrupt political financing mechanism where government contracts are given out to party members so that there will be kickbacks to party funds will continue to feast.

It feeds further all the way to buy support for political camps as we have seen since the infamous Sheraton move.

Thus, while we need to pressure the Ismail Sabri’s ‘interim’ government to deliver and take us out of the pandemic, but we also need to build a progressive political force with socialist, youths, workers, grass root movements, climate activist, gender activist, human rights activist and many more to break the hegemony of the two party bourgeoisie parliamentary system. We need to end the situation of having to choose the lesser of two evils in the absence of a truly people centered progressive alternative.

I wish to clarify my tweet that was questioned by friends and critics on why did I say PH should make a deal with PN  to stop politicking and focus on pandemic relieve measures for the rakyat. I am afraid the brief tweet failed to capture fully what I wanted to express in relation to Tony Pua’s comment.

In essence my thoughts are that we face the most serious health crisis of its existence and thousands more are at risk of losing their lives to the Covid 19 virus, the political elite of the country remain engrossed in political scheming.

It is my believe that no Government has a convincing majority to ensure stability and the only way forward is for an interim unity Government as our statement on the 4th August. My tweet in no way is an endorsement for Mahiaddin that he continue to stay in power but merely a suggestion that PH should talk to PN to form an interim unity government until we can return to election for a fresh mandate from the rakyat.

As clearly stated in our PSM earlier statement, we want the vote of Confidence in Parliament to be done now not September. If Mahiaddin fails to secure support, new PM needs to take over to form a interim unity government. We also suggested for a date be fixed for election possibly year from now.

The rakyat should observe closely how the political elite conduct themselves in this crucial period. Are they able to put aside their political games and focus on the well-being of the people? We are in solidarity with the many who put the peoples interest first and we are committed in building a political movement that is grassroots based and can put forward leaders who truly represent the interests of the ordinary citizens.

The most enlightening thing about the Prime Minister’s address was that he is willing to test his majority in Parliament when it sits in September, 2021. This would finally put to rest who has the majority once and for all in the open and not is secrecy.

In the next one month PSM feels that the PM will use all his power to buy support, destabilize UMNO through Registrar of Societies (ROS), since it is under the PN government‘s ‘control’. It would also enable pro-PN UMNO camp Hishamuddin and Ismail Sabri team to consolidate their power within UMNO. Whatever done, the rakyat is only interested that Covid 19 cases drop and people are able to resume their livelihood. This perhaps would the biggest challenge the current Government faces.

Most Malaysians are actually fed-up with the current political crisis. They want the Pandemic to be controlled and they feel that Mahiaddin’s failure was in handling the Pandemic rather than his questionable ability to get majority support in Parliament. Covid would ultimately decide the faith of this Government as it has done in to many other Governments in the world.

In these times of uncertainty PSM calls for all Public Institutions and Civil service like the PDRM, MACC and DG of KKM to remain professional and avoid being used by the political elite for them to remain in power and assist the Government by suppressing freedom of expression and protest. Democracy and freedom are always compromised when the ruling party is in crisis.

“ In this regard, the MMA calls upon the authorities to respect international human rights law and not to resort to force-feeding as a means of ending Dr Jeyakumar’s protest. The World Medical Association (WMA) – the body that establishes ethical guidance for doctors around the world – states that force-feeding by any means is considered as unethical and cruel, inhuman and degrading treatment”

“ In accordance with the principles of the Declaration of Malta, the MMA urges the authorities to appoint one of our MMA members as the physician involved in the management of Dr Jeyakumar during his fast, so that we can be assured of his health and welfare and can communicate this with his family and friends on a regular basis, and can intervene medically if and when appropriate, while respecting Dr Jeyakumar’s autonomy and right to carry out this form of non-violent protest”

“Malaysians are entitled to ask who are the officers or politicians who had been so ‘creative’ as to concoct the heinous charge under Section 122 of the Penal Code against the PSM activists in the first instance,”

I will ask in the next Parliament session who are the officers who concocted such charges and who are their police superiors who gave the approval, and whether the advice of the attorney-general or his officers had been sought” 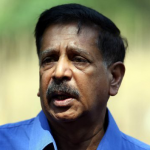 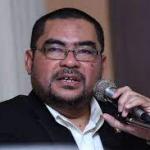 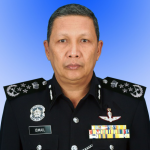 MINIMUM WAGE : NOW NOT LATER – For ALL and NO Loophole